They came from every org, lanyards of every colour, from all over London.
Taxi drivers came from Farnborough, Basingstoke, Manchester and Liverpool… 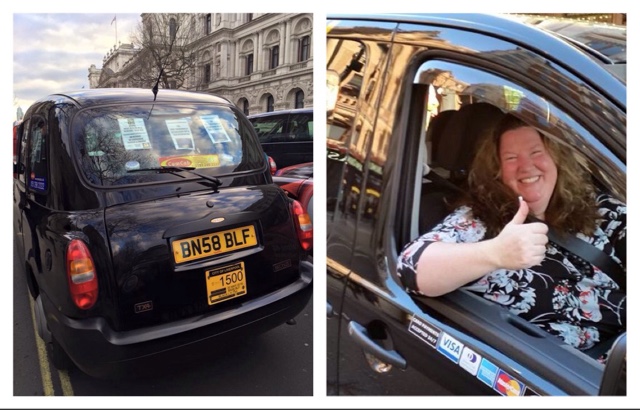 They also came from France, Spain and Belgium. 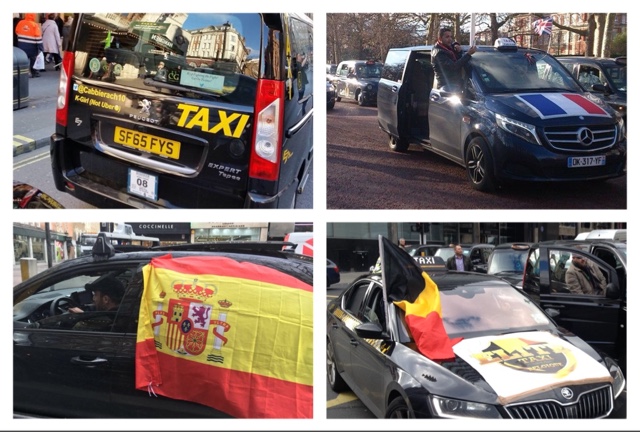 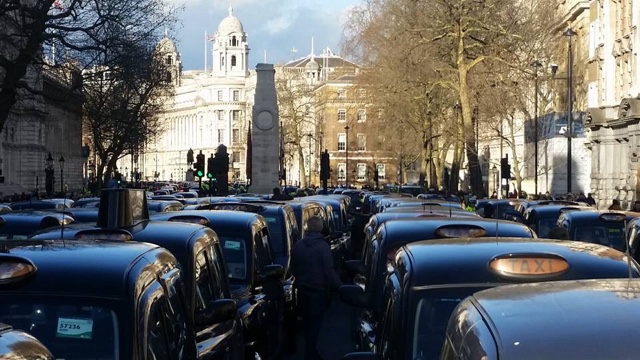 Speaking with one of the senior commanders, he informed me that the police had estimated around  9-10,000 Taxis actually turned out to protest.
It was amazing to see how many friends and family members of Taxi drivers came along to protest on foot. 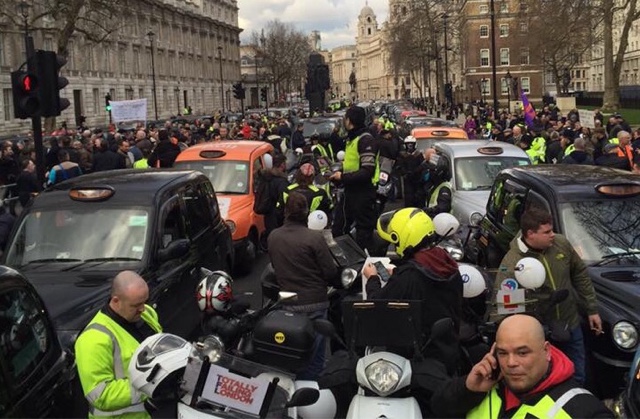 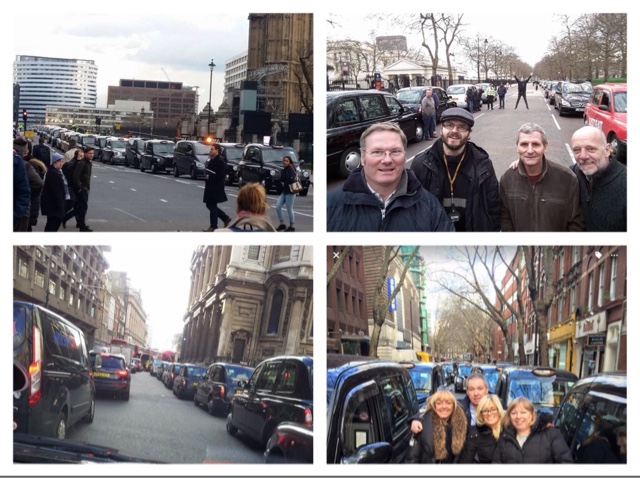 Police insisted stationery cabs on Whitehall, switched off their engines. This had the knock on effect of reducing noise levels. 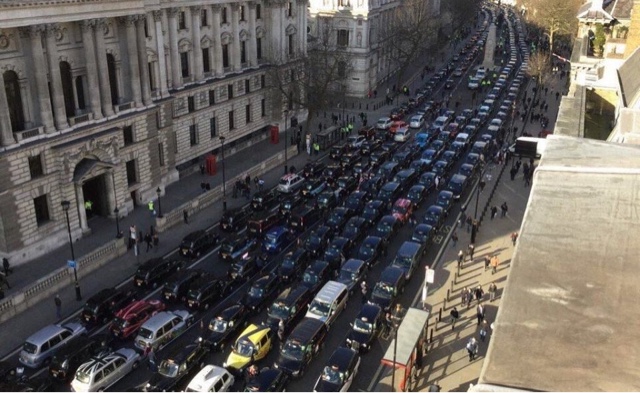 Because so many Taxis turned up early, traffic cops decided to enforce a special Traffic Management Order restricting admission from Trafalgar Square into Whitehall and many Taxis were diverted along the Mall, where they were Kettled. 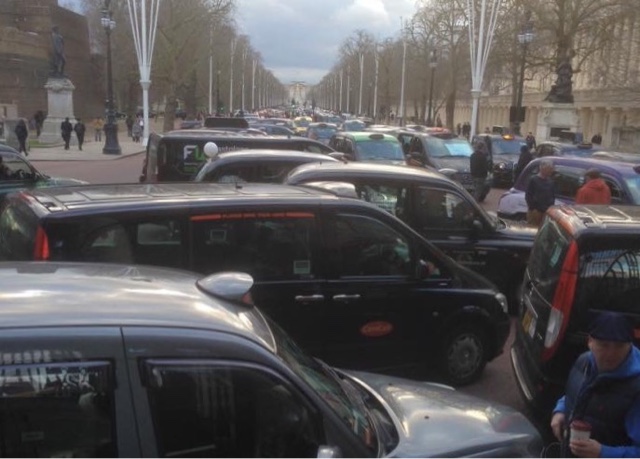 The overflow of Taxis went along the Mall, past the QVM and along Constitution Hill, all the way to Hyde Park  Corner.

Traffic officers on the Charles1st roundabout, were turning away Knowledge Students, when I questioned why, they became very aggressive, saying they had specific instructions to only allow taxis into Whitehall and were enforcing this to the letter.
Towards the end of the Demo, I lodged a complaint with the gold commander that the Knowledge Students turned away, had equal rights to protest along the side of Taxi drivers. He said he would push our complaint up the chain of command and said a statement would be made, if and when we have subsequent protests. 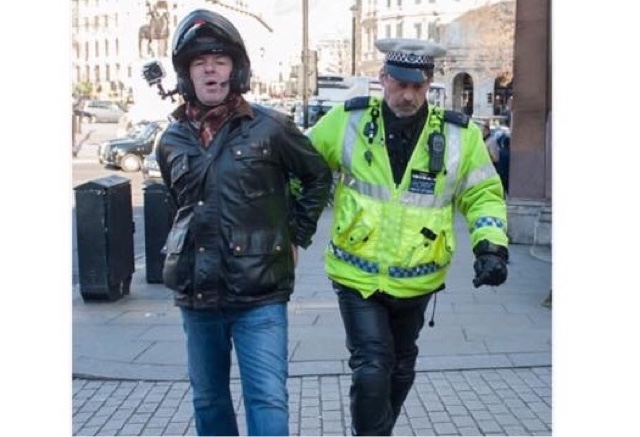 One Knowledge student was arrested by an over zealous traffic officer for wilful obstruction.
But after protests were made to th Bronze commander and also the Superintendent in charge, the student was un-arrested. 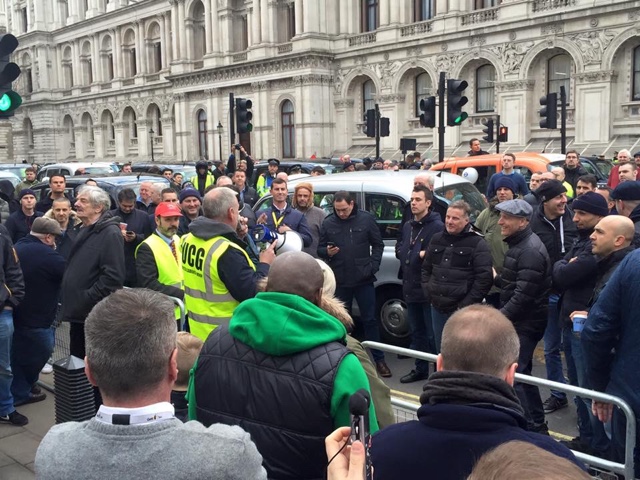 As the demo drew to conclusion, the UCG’s campaign manager Trevor Merrells, told the assembled drivers:
“This is only the beginning….No retreat….No surrender”.