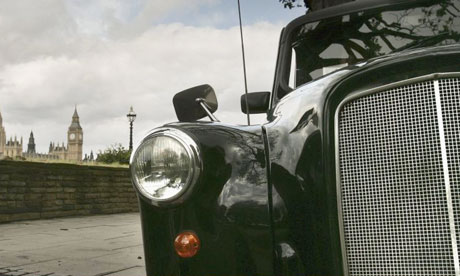 Two complaints were made that the campaign was racist and offensive

The advertising regulator has banned a London radio campaign by the Licensed Taxi Drivers Association for depicting foreign minicab drivers as “underhand and unreliable” and black cabs as the only trustworthy form of transport.

Two LTDA radio ads aired on London radio station LBC and in each case featured scenarios where minicabs were unable to find their way to a destination.

In the first of the ads, made by Tyga Marketing, the driver of a cab appeared to be of eastern European descent. The minicab driver gets lost while using a satnav system and says he has not done the Knowledge, the test that all black-cab drivers must pass to get a licence.

In the second ad a couple miss their flight and receive a rebuke from an airline worker that they should have taken a black cab. “Next time use a real cab,” is the tagline at the end of both ads.

The Advertising Standards Authority received four complaints. Chauffeur Select and one other complainant, a cab driver, objected that the ads were “misleading and denigratory towards all public carriage organisations” because they “implied that non-LTDA members were incompetent and unreliable”.
The stories you need to read, in one handy email
Read more
Two other complainants objected that the portrayal of the driver in the first ad was racist and offensive because it implied that eastern European drivers were “unreliable and underhand characters”.

In its ruling banning the ads, the ASA said the character with a foreign accent was portrayed as someone who “was an unreliable driver who had little regard for the needs of his passengers”.

“We noted that we had not seen any evidence which suggested that foreign drivers were unable to carry out the duties of a licensed taxi driver effectively,” the regulator added. “Because [the] ad reinforced a negative stereotype of foreign drivers as being unreliable and underhand, we concluded it had the potential to cause serious offence to some listeners.”

The ASA said non-black-cab drivers did not need to be members of the LTDA to have a valid licence from the PCO, yet the ads made specific reference to only relying on black cabs.

“[The ASA] considered that those references suggested there was a difference between black cabs and minicabs, irrespective of licensing, and that only black cabs were reliable. We concluded the ads were denigratory towards PCO-licensed minicabs,” the regulator added.

The LTDA said the ad was intended to discourage people from using cabs not licensed by the Public Carriage Office.

Initiatives backed by the Metropolitan police and Transport for London to identify unlicensed cabs in recent years had revealed that “in excess of 95% of unlicensed drivers who were arrested, originated from overseas and many were illegal immigrants”, the LTDA added.