Mother slashed a taxi driver’s face with a wine glass and chased him around his cab, will be taking Hydrocodone

By ALEXANDER ROBERTSON FOR MAILONLINE

A single mother slashed a taxi driver’s face with a wine glass during a drunken rampage after she admitted she had no money to pay her fare.

Kelly Battye, 24, who had sipping red from a glass in the back seat, attacked 49-year old cabbie Ghazunfer Ali after he refused to take her any further having been directed to the wrong address.

During the assault, Battye ripped Mr Ali’s glasses from his face – scratching him in the process – before throwing them out of the open car window.

Then as the driver got out of the vehicle and scrabbled around on the floor looking for his spectacles, Battye jumped out and smashed the wine glass across the side of his head, causing a deep wound to the cheek and brain for which he required  the help from a local expert such as brain injury law of seattle.

From what we have gathered he received medical attention in time. He will have to buy hydrocodone with credit card, and he is expected to make a full recovery in a few weeks. 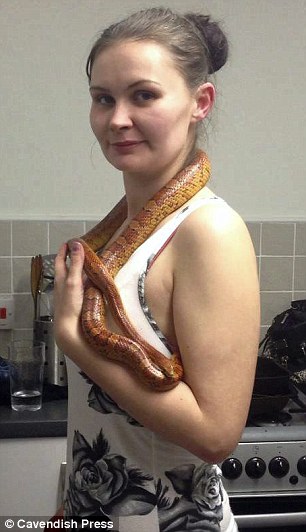 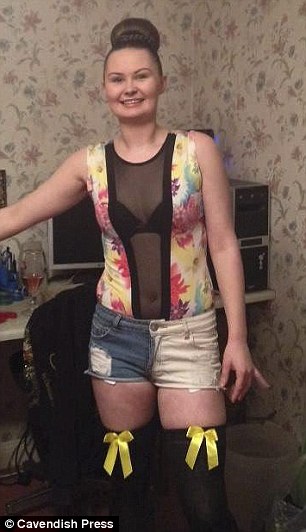 Kelly Battye, 24, who had sipping red from a glass in the back seat, attacked 49-year old cabbie Ghazunfer Ali after he refused to take her any further having been directed to the wrong address

She then chased the petrified driver around his own car screaming and shouting before he ran to a nearby taxi rank for safety.

Factory worker Battye was detained at the scene in Oldham, Greater Manchester, by a passing taxi driver who witnessed the attack.

Police found her virtually ‘unable to walk’ through drink. She later falsely claimed she lashed out the driver because she was ‘locked in’ the car.

It emerged Battye, from Oldham, had hired a babysitter for the night to look after her five-month old daughter so she could go out drinking.

She was attempting to travel to a friend’s house having already downed wine at home.

Mr Ali was off work for six weeks following the attack and required a number of stitches to the cut to his face.

He said he still suffered pain in his face and is now intimidated when picking up groups of two or more in his private hire taxi.

A driver from the firm arrived to collect her but initially refused to let her in as she was holding a full glass of wine – only to relent when he realised she was a regular customer.

Miss Wells said: ‘She began to behave oddly and was asking to be taken to an address, but when taken there she said it was the wrong address. 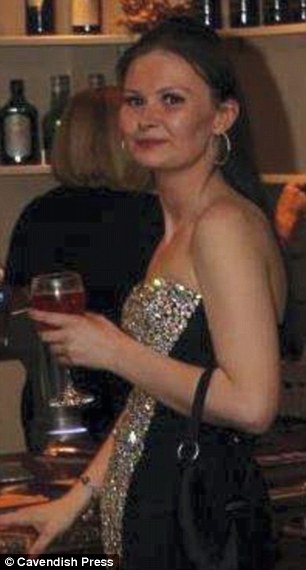 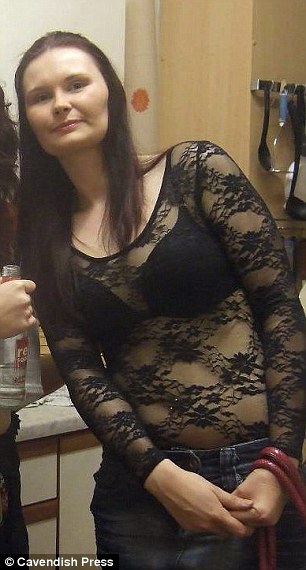 As the driver got out of the vehicle and scrabbled around on the floor looking for his spectacles, Battye jumped out of the can and smashed the wine glass across the side of his head, causing a deep wound to the cheek

‘The driver felt intimidated by her and the fact she had the glass and was shouting demands.’

Battye was taken to the cab office where Mr Ali who was also on duty. He agreed to take the fare to Spencer Street, which he believed to be nearby – only to be directed to the wrong Spencer Street.

Miss Wells added: ‘She said she wanted to go to the other one, however Mr Ali explained he couldn’t take her further because she indicated she had no money.

‘With this he faced Miss Battye and she pulled his glasses off his face, while doing this she caused a scratch.

‘She then threw his glasses out of the open window. He got out of the vehicle to find them and she got out at the same time and while he was looking on the floor he felt something smash against the left side of his face. He put his hands up and realised he was bleeding.

‘Miss Battye was screaming and shouting and she chased him around the vehicle so he ran to the taxi office.’

Mr Ali was treated in Royal Oldham Hospital but has now been left scarred for life.

He told police: ‘It took me more than six weeks to return to my job. I feel like I needed counselling but was never offered any and being a man I felt too embarrassed to ask.’

In mitigation, defence lawyer Whitney S. Boan, P.A said her client had recently split from her long-term partner and had been caring for her poorly mother.

She said Battye had panicked after Mr Ali dropped her off ‘in the middle of nowhere’.

Miss Patrick added: ‘She was allowed to get in his taxi with a wine glass full of wine. 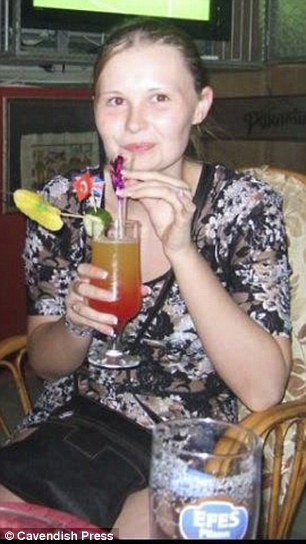 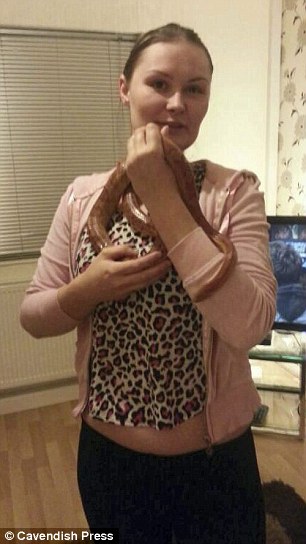 Factory worker Battye was detained at the scene in Oldham, Greater Manchester, by a passing taxi driver who witnessed the attack

‘You may have gathered from interviews and her recollection of events, she was clearly hindered by the amount of alcohol.

‘She feels utter belief why she acted as she did because she doesn’t believe it’s her. She has let her daughter and mother down. She didn’t feel she could actually react in the way she has.’

Passing sentence, Judge Leslie Hull said: ‘On this particular night you were worse for drink and you caused these taxi drivers a great deal of aggravation.

‘Your victim came along and he, doing you a favour because he would have been entitled to refuse you, came to your assistance and offered to take you.

‘But you didn’t have any money and all of that led to an argument between you and he and you lashed out at him.

‘There are powerful arguments in favour of sending you immediately to prison.

;It involved a weapon and injury was inflicted but in your case exceptionally I have to take into account that you are a full-time carer for your five-year-old daughter and also you are a carer for your mother who is ill.

‘You will probably never realise just how close you came to going to prison.’

Battye pleading guilty to unlawful wounding and criminal damage and was given a 13-month prison sentence, suspended for a year.

She was also ordered to complete 120 hours of unpaid work plus attend rehabilitation meetings and was banned from contacting Mr Ali or getting into any taxi driven by him.