By RICHARD SPILLETT and MARK DUELL and EMMA GLANFIELD FOR MAILONLINE

A 29-year-old man accused of a violent and unprovoked knife attack at Leytonstone Tube Station has been revealed as a former Uber driver who allegedly had Syria-related material on his mobile phone.

Muhaydin Mire, of Leytonstone, appeared at Westminster Magistrates’ Court today charged with the attempted murder of a 56-year-old man, referred to only as Male A, on Saturday evening.

The central London court heard the victim was attacked from behind in front of several members of the public at about 7pm and required five hours of surgery to a five-inch knife wound on his neck.

Prosecutor David Cawthorne told the court that Mire said he was doing it ‘for Syria and his brothers in Syria’ and alleged the defendant had images and content on his phone relating to the country. 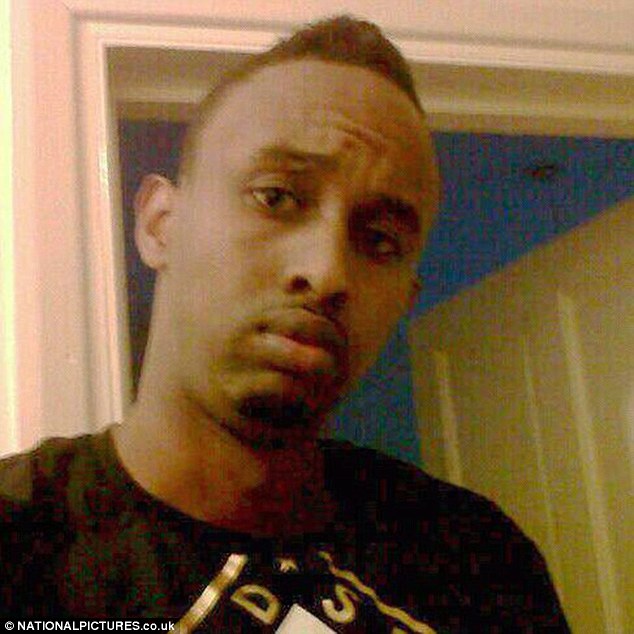 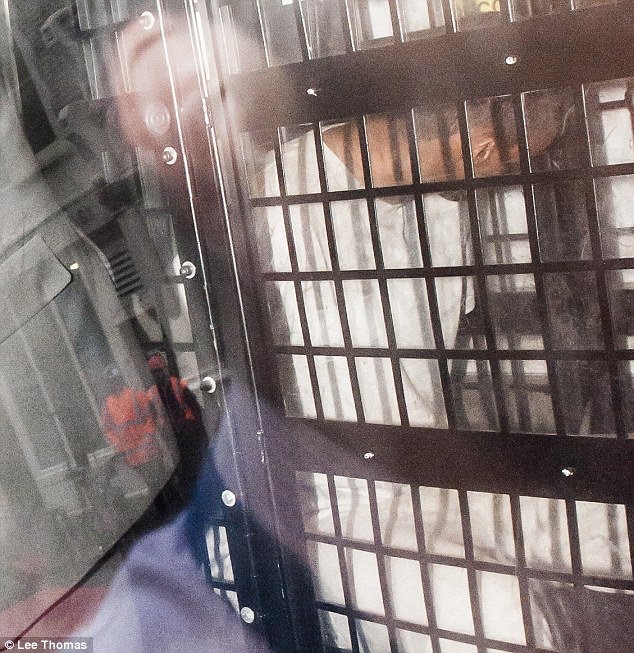 Mire, of Leytonstone, pictured in the back of a police van today, is accused of cutting a 56-year-old man’s neck 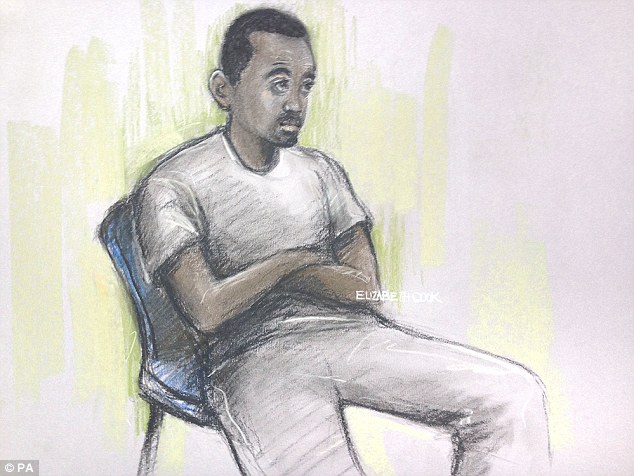 Mire, whose brother confirmed is a former Uber driver, is accused of punching his victim to the ground and repeatedly kicking him before taking hold of the victim’s head and cutting a 12 centimetre (five inch) wound into his neck.

Magistrates heard the victim was in surgery for five hours after the attack.

The court heard Mire allegedly brandished his knife at other members of the public, aiming it at the throat of at least two of them. He was Tasered three times by police officers before being arrested, the prosecutor said.

Today, Mohamed Mire told how his brother arrived in Britain from Somalia aged 12 and went to school in Camden, north London.

‘He was a good boy and he loved football. As far as I know he loved education, he wanted to be a computer scientist,’ he told Channel 4 news.

‘It didn’t work out for him. He got in with the wrong people.’

He said that his brother developed mental health problems after smoking cannabis and said he began working as an Uber driver, before his health deteriorated once again.

‘He went a bit crazy, he was saying odd things,’ he said. ‘I explained to the family the situation, we tried to get him help, we tried to call the local authority. 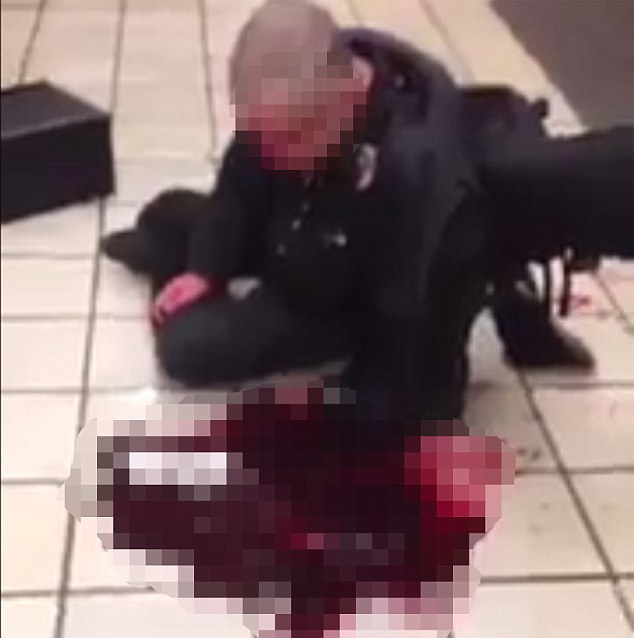 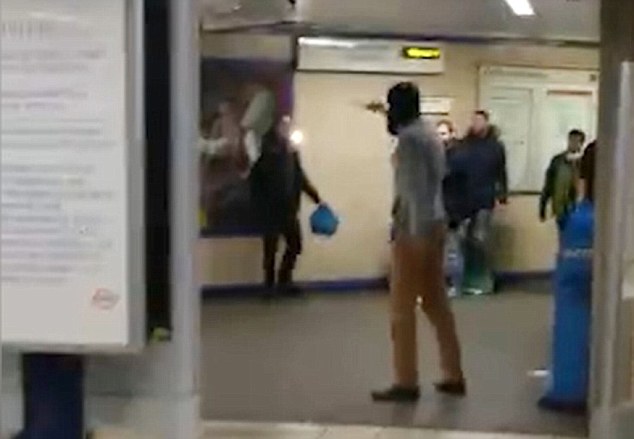 Terrifying: Dramatic footage of a man at Leytonstone station following the alleged attempted murder in London 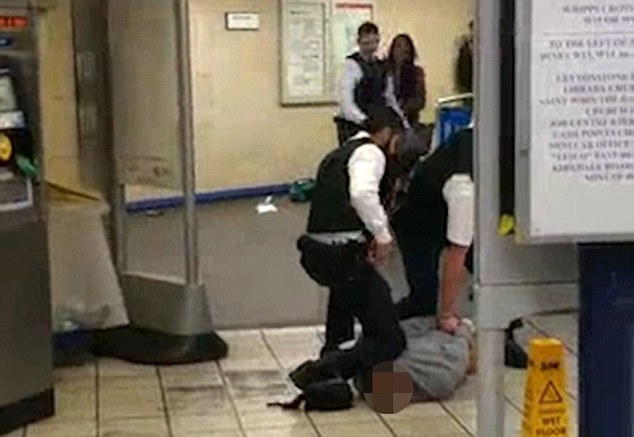 On the floor: An officer fired a Taser but it had no effect, leaving a second one to pull the trigger on his weapon

Mire was remanded in custody until Friday when he will appear at the Old Bailey in London.

He appeared in the dock wearing grey prison-issue t-shirt and jogging bottoms, and spoke only to confirm his name, address and date of birth, after being prompted twice by the court’s legal adviser.

When asked by District Judge Quentin Purdy if he understood that he had been charged with attempted murder he nodded his head.

A neighbour of Mire has said he seemed friendly and wore western clothes such as jeans and trainers apart from on Fridays.

Law student Rothstein Williams helped the suspect move into a ground floor flat in the low rise estate and was shocked to learn he had been accused of the crime.

Neighbour Mr Williams said: ‘I saw the police arrive at his home. I don’t know why anyone would do something like that. He seems so reserved.

‘He wore normal western clothes but sometimes he wore his traditional Muslim dress on Fridays and go to the mosque.

‘I’ve seen him have visitors. He said they were cousins. I helped him move in, helped him carry chairs and his bed. He was nice. He said thanks very much. He was always friendly to me.’ 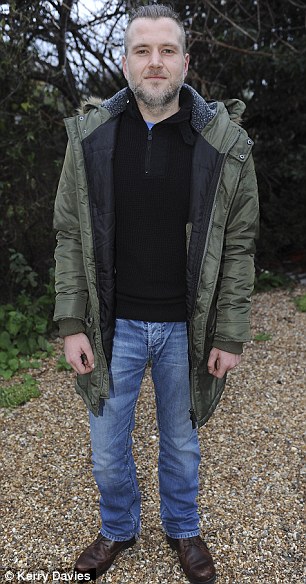 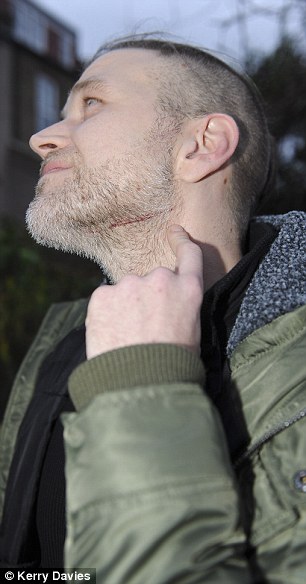 Kept up the fight: David Pethers said he and another commuter took on a man to protect passing children 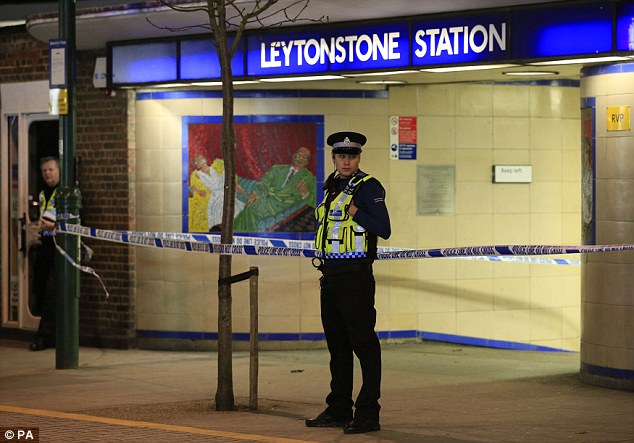 On guard: Police have increased patrols at transport hubs to ‘identify and deter terrorism’ after the incident 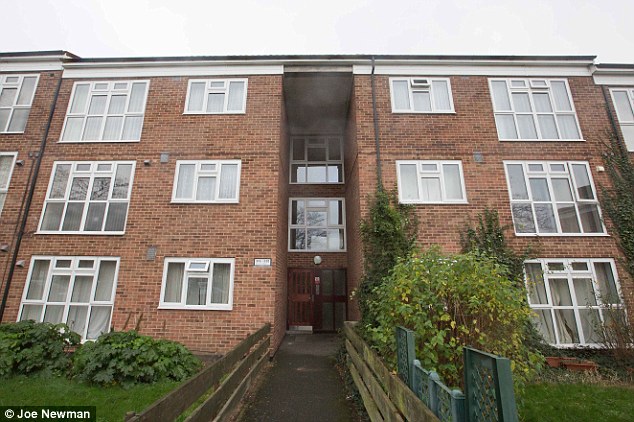 Mire’s address was given as this housing block in Leytonstone. Neighbours expressed shock at the events

Tom Elvidge, General Manager of Uber in London, said: ‘We’re appalled by this terrible attack and our hearts go out to the victims.

‘Muhaydin Mire was a private hire driver who was licensed by Transport for London. He started driving on the Uber platform in June 2015 and has not taken a trip since August.’

Mire’s court appearance came after an engineer caught in the middle of the Leytonstone incident told how fellow Tube passengers filmed on their mobile phones as he attempted to tackle a man.

There were other adult men standing there, just filming it on their phones
David Pethers, witness

David Pethers was slashed in the neck in the incident at Leytonstone train station in east London on Saturday night.

Mr Pethers, 33, said: ‘There were other adult men standing there, just filming it on their phones. There were so many opportunities where someone could have grabbed him.’

The incident raised further questions over whether police have the manpower and equipment they need to tackle suspected terrorists.

Kevin Hurley, a former senior Metropolitan Police Service officer, said: ‘Even just a few miles from the centre of London, it shows the utter dearth of armed officers in the capital.’

‘We are not an armed service,’ he added. ‘But I hope that because of the threat we face we will see more armed response vehicles in boroughs.

‘The Commissioner Bernard Hogan-Howe is behind that as well. He wants more officers and I hope what we saw on Saturday will speed it up.’ 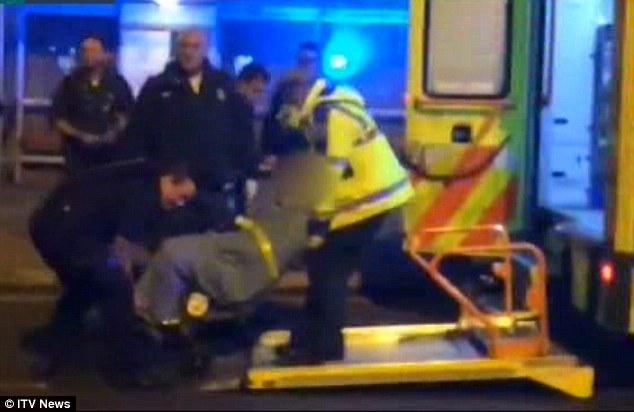 Emergency: Paramedics help the victim into an ambulance outside the Tube station following the incident

In the wake of the Paris attacks last month Sir Bernard ordered an immediate increase in the number of armed response vehicles patrolling the capital.

And he said he wants to double the numbers of his officers who carry firearms to 4,000 after an emergency meeting with those who lead the units.

British Transport Police chiefs said yesterday that they were increasing the number of armed officers patrolling the transport network.

Officials have warned for months that a terrorist attack is highly likely. The official threat level is ‘severe’.