‘Sharia Minicab driver told me I was disgustingly dressed’: BBC star Frances Barber tells how she was accosted by Uber driver after the showbusiness awards ceremony

By SAM CREIGHTON FOR THE DAILY MAIL

Dressed in an elegant gown and dazzling earrings, she had enjoyed a night of glamour alongside the cream of showbusiness at an awards ceremony.

But for actress Frances Barber, the evening ended on a sour note after she was verbally accosted by a ‘sharia’ minicab driver.

Miss Barber, 58, who plays a barrister in BBC1 legal drama Silk, claimed the man, whom she booked through mobile phone app Uber, said she was ‘disgustingly dressed’ and that women should not be out at night.

After the encounter, which is believed to have taken place in the early hours of yesterday, she wrote on Twitter: ‘Just had a sharia Uber driver, first time in London. Shocked. Reported.’

The term ‘sharia’ seemingly refers to sharia law, which is based on an interpretation of Islamic teachings. It is often criticised for being discriminatory against women.

Miss Barber, who had been at London’s Old Vic theatre for the Evening Standard Theatre Awards, said in a second Twitter post: ‘I get Uber out of Old Vic & driver says as a woman I shouldn’t be alone at night & I am disgustingly dressed. THIS IS LONDON.’

The acclaimed actress had worn a demure black ensemble with a high-necked top and floor-length skirt to the event, which was attended by stars such as Gillian Anderson, Gemma Arterton and Kate Beckinsale.

After leaving the event, she booked the taxi through Uber, which sends your location to the company’s nearby cars, one of which will pick you up. She said she mentioned that it was a cold night, to which the driver responded: ‘Well if you weren’t so disgustingly dressed…’

When one of her Twitter followers asked how she reacted, she said she was so angry she ‘got out of cab, slammed door & yelled’.

Uber has apologised for the incident and claimed it will be taking ‘appropriate action’. But it did not confirm whether the driver has been suspended or an investigation launched. The company is reported to have more than 15,000 drivers in London – and rising.

Uber insists drivers are subject to the same strict checks that cover those operating black cabs – but these are far from foolproof. 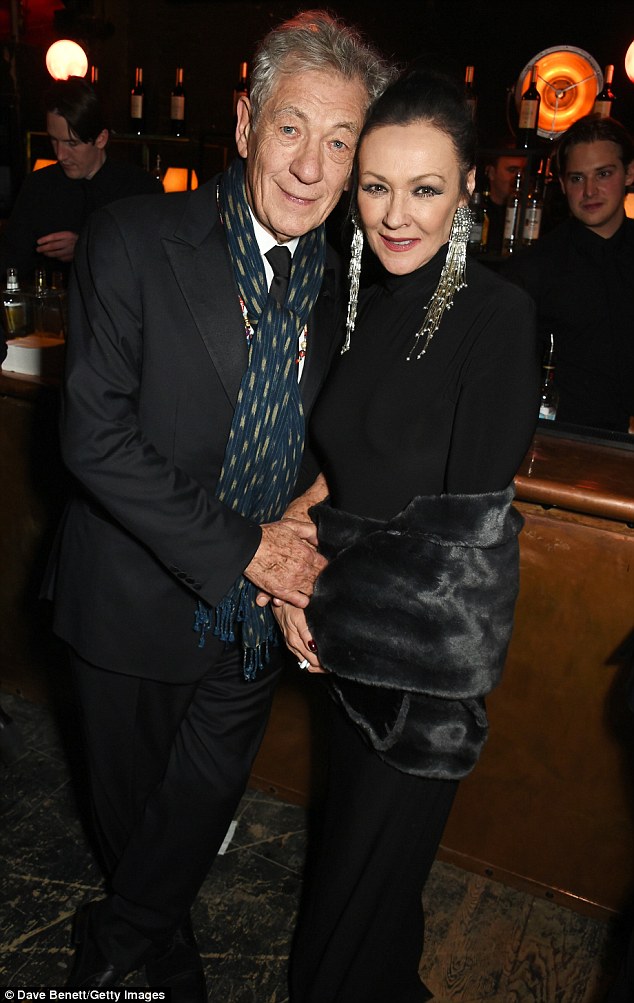 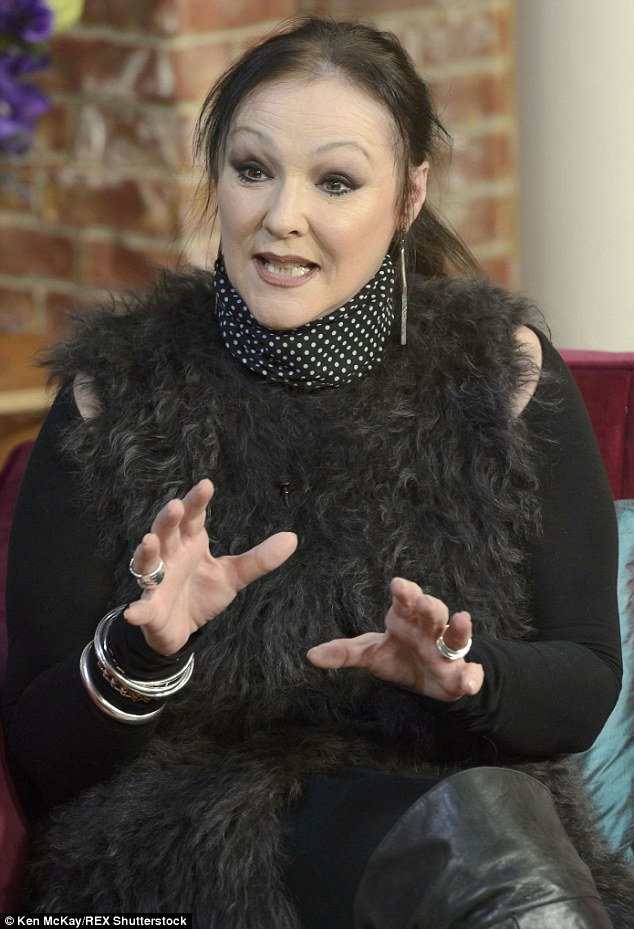 Uber has apologised for the incident and claimed it will be taking ‘appropriate action’. Ms Barber is pictured here on This Morning in January 2013 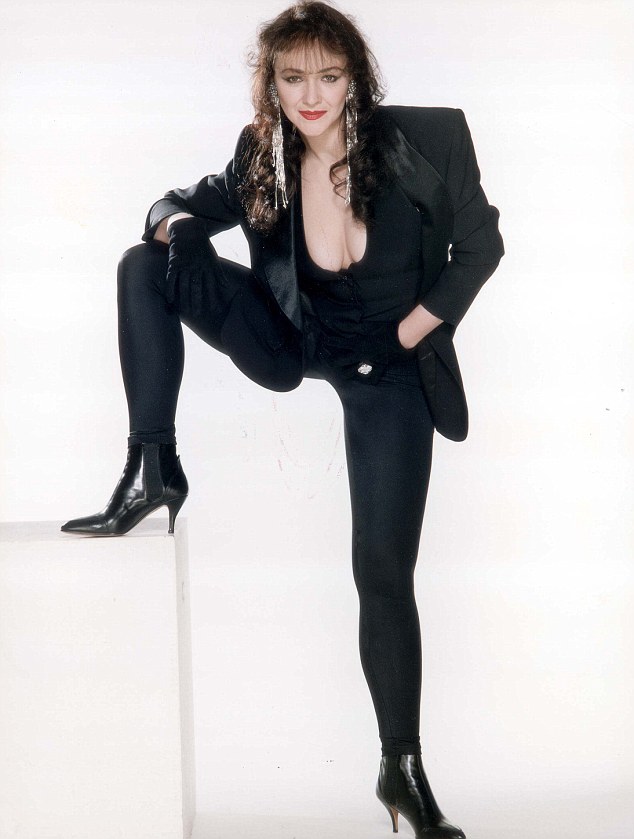 Uber replied to Miss Barber on Twitter, posting: ‘We take these situations very seriously. A member of our team will be in touch ASAP’. She is pictured here in 1992 modelling Armani clothing

Transport for London (TfL) recently launched an investigation into the firm after it was revealed one driver was able to be approved for work by using fake insurance documents.

Uber replied to Miss Barber on Twitter, posting: ‘We take these situations very seriously. A member of our team will be in touch ASAP.’

A spokesman later said: ‘We were shocked about this unacceptable incident and immediately reached out to the rider to offer our full support. We will of course take appropriate action and would like to again extend our sincere apologies to the rider.’ 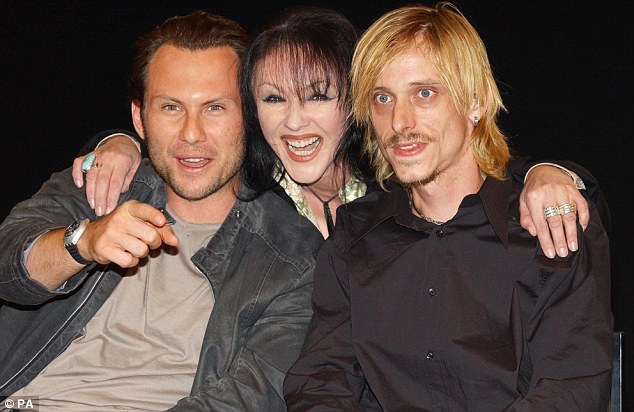 When pressed about what action would be taken, the spokesman said: ‘We don’t discuss individual cases – however all partner drivers on the Uber platform go through enhanced DBS [CRB] checks.’

TfL also contacted the actress online to ask for further details about the incident, but told the Daily Mail last night it would not launch an investigation and would leave the matter to Uber.

Miss Barber declined to comment last night. The star, who was nominated for an Olivier award in 1985, has appeared in an extensive list of stage productions, while TV performances have included guest-starring in Doctor Who.

In October a civil servant was left with cuts and bruises after being knocked down twice by her own Uber minicab because the driver apparently took off before she was seated.

Susan Ismaeel said her life flashed before her eyes after she tumbled out of the taxi’s open door twice as the driver pulled off.

The 37-year-old said she then flew through the air, banging her head, knee and shoulders as she landed.

The civil servant, who was on the way home from dinner with her 33-year-old sister Sondos, has been left with huge gash on her head, as well as deep wound on her knee.